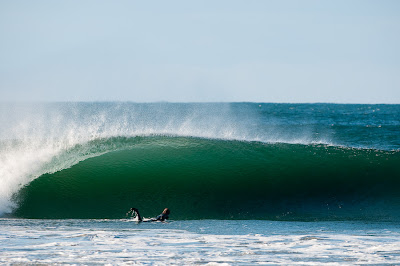 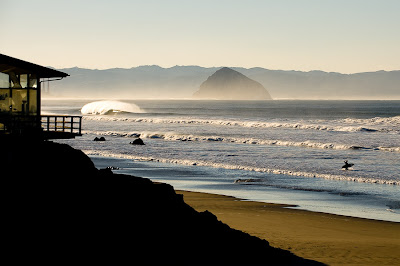 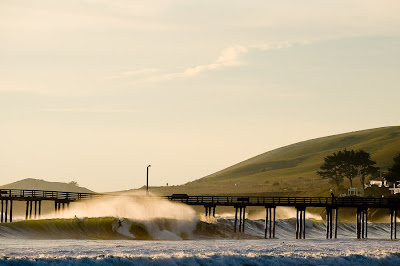 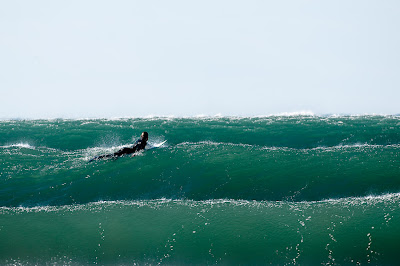 The Swell was short lived.. but it had some moments. It was 25 degrees when I left my house wednesday morning, i think that coming from the coast we are pretty much pansies when it comes to cold weather, at least that was the way I felt that morning.
Randomly, I was involved in 2 near death situations over the weekend.. one on tuesday night which involved a friend of mine spearing his posterior tibial artery and almost bleeding to death on the beach after he stabbed himself in the leg with the nose of his board. His accident was just a worst case scenario of jumping off a wave the wrong way. Luckily  because we were close to the road we were able to get him up to safety  and call 911, and he was rushed to the ICU and he is going to be ok, He lost 8 quarts of blood. The next morning as I jumped on the jet ski i was heading out to an outer reef and I saw a stand up jet skier launch off a wave and come of his ski in mid-air. The jet ski landed on him... from about 30 ft in the air. We could see him struggling in the impact zone.. we couldn't get to him because a clean up set was heading straight for him. He went over the falls with his ski and almost drown. His initial thought when we picked him up was that he broke his femur, he has a total loss of control in his legs and was about to pass out. We rushed him to the beach and called 911 on the way in. As it turned out he had a severe bone bruise but was altogether OK. The momentary loss of his legs could have drowned him but he luckily made it to ski.
Definitely an eye opener for me.
Posted by Chris Burkard at 2:05 PM